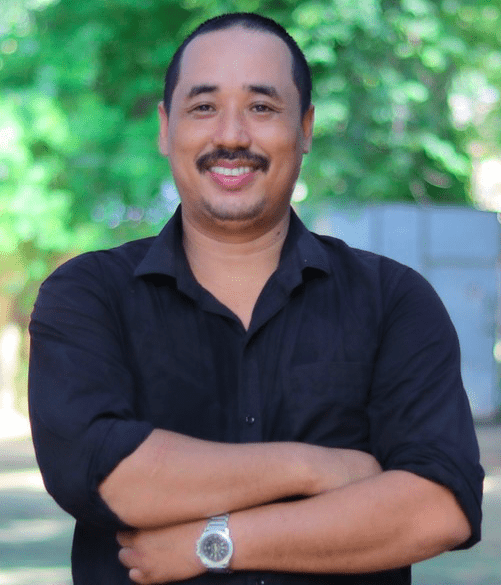 Surjeet was born in Manipur, India in a small town where he grew up in the times when most of the north-eastern states of India, particularly Manipur and Nagaland, and Assam were going through a phase of insurgency as several local outfits rebelled against the what they claimed was Indian imperialism, particularly in the 80s, the decade he grew up and did his schooling.

It was not easy for any youngster growing up then to be not influenced by all the issues and complexities that Manipur had been going through claiming step-motherly treatment from the center. Consider this: manipur is a p part of the golden triangle, the Burma centered Heroin production and trafficking route that saw thousands fall prey to the addiction; living under the brutal and archaic AFSPA act where one could be shot at mere suspicion; fed ideologically and technically by the chinese propaganda that encouraged armed training for potential insurgency groups, often very young boys; and an economy that had nothing to offer for jobs despite the states very high literacy rates; coupled with the historically imposed social stratifications between the hindu-ized population of Imphal, the capital city, the keepers of ancient religion in remote areas, the influx of muslims, and conversion to christianity of the hill tribes of Manipur and you have a completely broken and divided state with equally disillusioned youth..

For the young people growing up then, it was like a heady mixture of drugs, sex, rock n roll and guns coupled with a deep rooted angst against the center, it was not considered abnormal to take up guns and join an outfit and become a militant. It was the way of life, as Surjeet confides. Many young people with education but no jobs soon took up arms in those violent decades of the 80s, and 90,with roots going back to the early fifties that continue till now with several militant groups still active in the area.

The layers of historical injustices of religious colonization by Hinduism, geographical colonization by the British and allegedly enforced amalgamation with the Indian state, and finally colonized by a culture of violence and drugs that left manipur with highest number of HIV positives in the country while its geo-political location made it as a buffer state between Burma and subsequently China for India, that left Manipur completely underdeveloped and forgotten in the discourse of development. These injustices are deeply ingrained in each Manipuri mind and the solution that seemed as the only plausibility at that time was organized violence against the state machinery.

Surjeet was no exception to what was the norm of the society at that time but after a few years he understood that this was not the right way as it would endanger his family and not provide any positive outcome. The only way was to have dialogues with the center to settle the differences. He came across Rajagopal around then and understood the role of nonviolence and went on to adopt it as his way of life. Though shunned and criticized as a coward initially, and even taunted as an informer, people slowly began to accept his newfound role of a peace activist who was also working for the rights of the people over their lands. In the course of time he went on to make two documentaries based on Manipur situation especially the drugs and sex racket in the state.

Today he is not only proud of representing his state but believes that his participation will enable him to have a greater voice and impact when speaking to his peers and the young people back in his state on nonviolence. He is a living example of a man who has rejected a life of violence and chose nonviolence as the instrument to fight the administration for their rights. He hopes to tell his story and convey his belief in nonviolence in geneva and to the world at large, particularly his state.