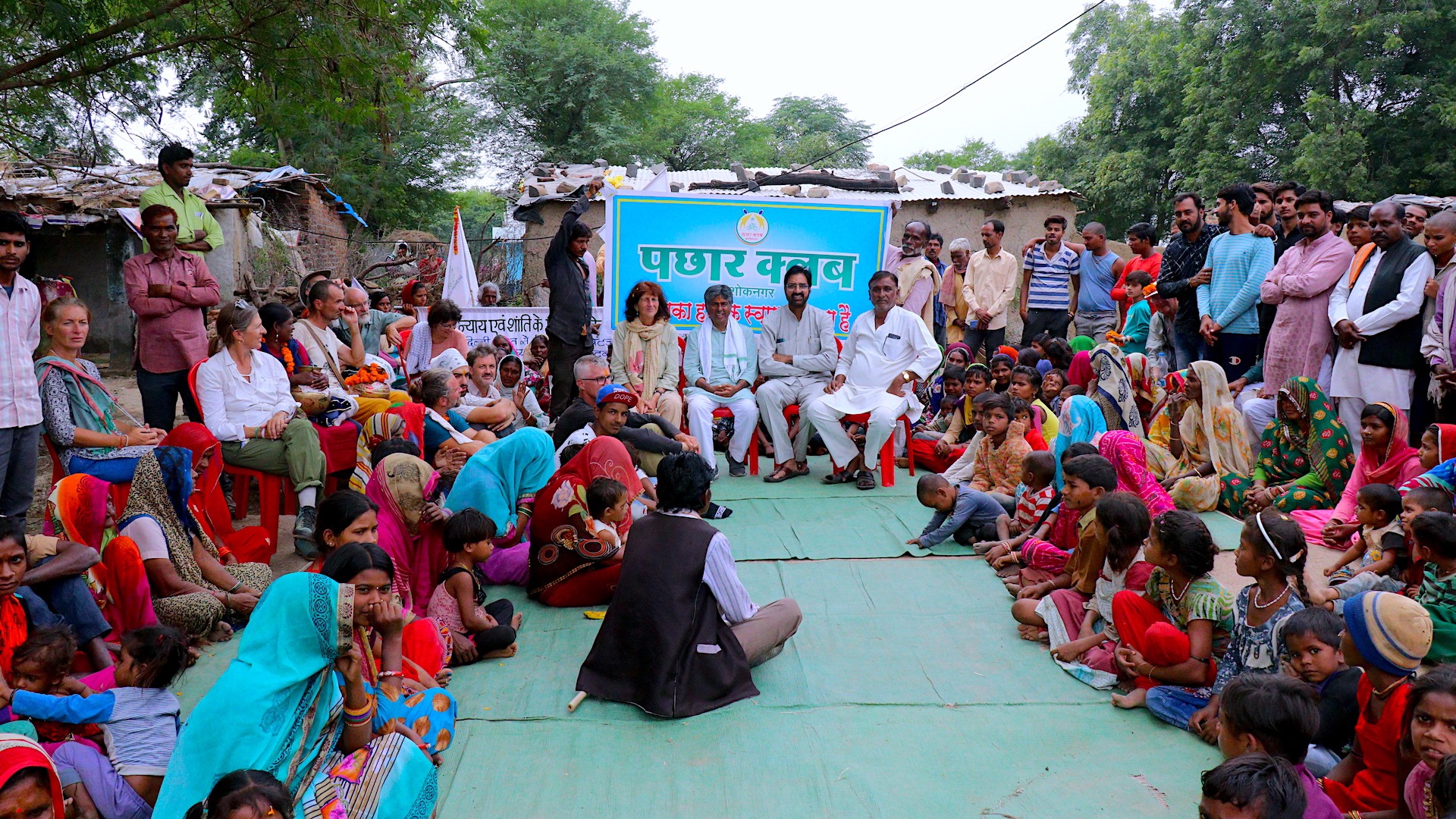 Central to Jai Jagat is the local. This coincides with the Gandhian principle of swaraj, meaning self-sufficient, self-governing communities (Manifesto p. 23). It also draws from a genuine grassroots experience in India that began more than one hundred years ago. Local development, first mentioned in the non-cooperation movement in 1919-1920, broad-based by Gandhians such as J.C.Kumarappa, and later was manifested in the Sarvodaya movement that lasted from 1948 to 1985. Thereafter many of the voluntary organizations in India picked up local development. They saw local as constructive programs. This was similar in many other countries in the global south especially during their Independence struggles under Julius Nyerere, Kwame Nkrumah and Nelson Mandela and through the writings of Leopold Senghor of Senegal, Aldopho Perez Esquivel of Argentina, and Nicholas Perlas of Philippines.

In developed countries like Germany, the founder of the Green Party, Petra Kelly was influenced by Gandhi’s political and moral activism as well by the need for a local and sustainable economy. Later in 2004, when the Greens became a pan-European party, the influence of the ‘back to the local’ was strongly felt in every part of Europe. As of May 2019, the Greens moved from being a party on the periphery to holding a block in the European Parliament. This is as a result of the wave of initiatives such as the DeGrowth movement, the Transition Town movement, the Social and Soldiarity Economy, the Hundred Mile Community and many others that have been built over the last twenty years.

In addition to sustainability and equity, the issue of nonviolence has also been prevalent in the ascendency of the Green Party and in other areas of civic activism. This is evident in the cases of food, land and agriculture sector.  Food sovereignty movement is dependent on the local. The Fair Trade Movement is dependent on the local producers. The Community Assisted Organic Agriculture movement depends on the local. The building of land assets for the marginalized poor depends on the local. The  UN instruments like The Rights of the Peasants is a treaty on their decision-making rights to local resources. This ushers in a notion of nonviolent governance and ‘sovereign relations’ as a component of ‘the local’. This is especially important in today’s scenario, when the compounding crises of: climate change and political instability; greater poverty and migration; the acceleration of wars and conflict; and more recently global pandemics are leading us back to “the local”.

Increasing people’s decision-making power at the local level reduces an overdependence on the state, oftentimes because of corruption leaving many people excluded from any development interventions.

These times have created an urgency, “a wakeup call”  to bring forward diverse initiatives together as part of a global movement for change based on diverse local experiences with the view of achieving greater sovereignty at the local levels.

Different local nonviolent actions from across the world are being brought together in the Local Grassroots Action Map in the section below. These have been categorized in accordance with the convergent actions – Nonviolent Governance and Conflict resolution, Developing Capacities, Local Sustainable Environment and Climate Justice, and a New Economic and Development Paradigm. Do click on the respective action to read more about it.

In addition to local actions, there are many connects that are being made across borders in what is ‘horizontal globalization’. A series of local groups need ways of connecting across boundaries to ensure greater exchange, The Jai Jagat has identified cross-connect as exchange and trade of local products (such as Fair Trade); based on local needs in relation with the environment (such as the Vikalp Sangams); regional organizations such as those built in the network of Social and Solidarity economy; thematic groups such as those following food sovereignty, and other aspects of the human economy.

In terms of seeing the exchange and trade of local products within a larger macro-context (referred here under the Area of New Economic and Development Paradigm), these production channels are still being marginalized because of the mainstream economy. There are cross-connect efforts that are creating advocacy for opposing mainstream production and consumption, as a way to open up space for this alternative and decentralized model. The actions are in tandem with the advocacy, although we separate these in the website for purposes of clarity.