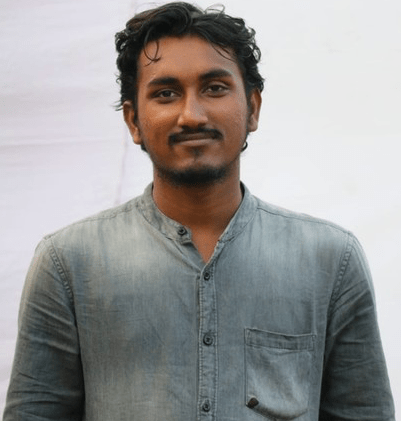 Sunny is a 25 year old young activist who was born in a small village of Chadhua, Bihar, where he grew under severe economic hardships. He has always been determined to raise the status of his family through education. He belongs to an economically backward family and the only earning member of his family was his grandmother. But this could never stop Sunny’s enthusiasm to get a proper education and he passed his matriculation with good marks in the whole Kurhani block.

Sunny pursued his higher education in engineering from Bhopal, Madhya Pradesh where he developed a special interest in theatre, poetry and social service. He joined a theatre group called Kaafila through which he was introduced to ANSH, a social youth development organization from Bhopal. He has participated in various street plays since, and is also a part of a youth initiative called Go RURBAN, whose area of work is very close to his heart: bridging the gap between Rural and Urban spheres. Sunny has also been a coordinator at RAHAAT be the change maker. Where they spend time organising education visit for children who live in shelter homes, and also for old age home. While he was exploring his journey of social changes, he was introduced to the idea of Gandhi and non-violence and how it can be used as a tool for global social change. He eventually got the opportunity to attend training on nonviolence that was organised across India.

Sunny loves children and enjoys a very good rapport with them. He believes that the essential  objective of the Jai Jagat is to  make the world a better place for future. He thinks that children are the future and it is of paramount importance to involve them in thinking and caring for the world and inculcate the message of peace.