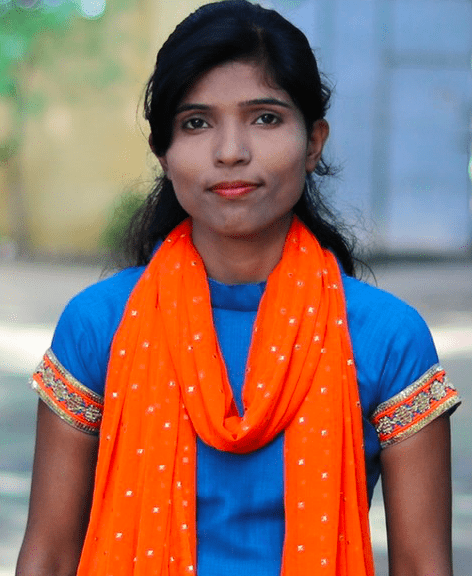 “We need to conduct a yatra for a nonviolent movement for getting our rights. What we’re doing with Jai Jagat is strengthening our roots because all policies are now top-down whereas we must develop a bottom-up approach to help the most marginalized peoples. Because otherwise by the time the benefits percolate to the people, there is nothing left”.

Shabnam is no development expert in a theoretical sense but she can speak like this from her practical experience of being a grassroots activist of land rights and women empowerment, spanning over the last 15 years. Her work for land rights as a representative for Ekta Parishad extends over 102 villages in two blocks and has been successful in getting 1470 families their legal rights on the land and has further 2000 applications filed which are under review. A 33 year old young women from the rural villages of Madhya Pradesh India, Shabnam’s experience and a sharp mind enables her to see the links between the micro and macro with a natural ability to deliver speeches and make convincing arguments.

After all, her father wanted her to be a lawyer working towards the service of justice for the poor. Even though she isn’t a lawyer today, she is in her own ways being an advocating for the thousands of oppressed and indigenous people, relentlessly fighting for their rights – thus fulfilling her fathers dream. Shabnam joined Ekta Parishad early on when she was just in high school. When she met Satish Mishra, District coordinator of Ashok Nagar who invited her to a camp organised by Ekta Parishad. That was her first training and here she was praised for being highly vocal on women’s rights. From there on she was one of the four girls who were selected to work for one of the most primitive and exploited indigenous tribes of India – the Saharya tribe, for their rights to land and empowerment of women.

The experience was eye opening for her and she decided to dedicate herself to this cause. Over time she realised the perils alcohol consumption does to these poor families, especially to the women. Pushing her to creatively move many of the villages against the alcohol consumption, drastically reducing the inherited violence that alcohol posed to the communities. And her growth as an activist is a testimony to that. Started off as a local activist, she now works as a district coordinator and has been a part of decision-making bodies in the national Kanya Committee for Ekta Parishad.

With six siblings, five of them brothers, responsibility and leadership comes naturally to Shabnam who, because of her commitment to the cause has decided to stay single.

Shabnam’s commitment led her to be a part of the plan for the 1,000,000 people strong walk padyatra [footmarch] in 2018 and eventually Jai Jagat. Shabnam has participated in several padyatras but when she came to know of the Jai Jagat yatra, in 2014, she knew in heart that she wanted to be a part of it for she realized that “this could radically change the world for the better”.

Shabnam elaborates, “we knew that we have to help organize Jai jagat but didn’t know that I’ll be selected until June, 2019 when I was told  that I’ll be one of the marchers. I couldn’t believe and I was very apprehensive of how I will leave home as I’m the one managing the family and taking all decisions. Since I’ve given my life to Ekta Parishad and Jai Jagat, I thought I can give one year as well.” Her mother was not happy but after convincing them, her ailing mother submitted for her happiness and believing in the cause.

It was not an easy decision for her since being the eldest of seven siblings, she is responsible for everything and proudly adds that she has always been able to fulfil everything for her family since her father passed away. She is committed to her work and to her family, leaving no room for marriage; Shabnam has chosen to stay single.

“Committing one year without any salary will be very difficult, but she hopes somehow they will manage. If you believe in the right cause then you don’t worry about difficulties, universe has a way to take care of it all if your intentions are true”, reflects Shabnam in a meditative way.

Shabnam is a very determined person, highly vocal and loves challenges. She is determined to make a difference in the lives of the adivasis and women, dalits and the landless people everywhere. She is also particularly involved in education and says that for women, provisions for education are there but no liberty to choose a career.

Jai Jagat, she says, will give her not only experience, a chance to spread the message of peace and justice for all and how peaceful movements are needed to protest and fight for the rights of the oppressed and for women empowerment.