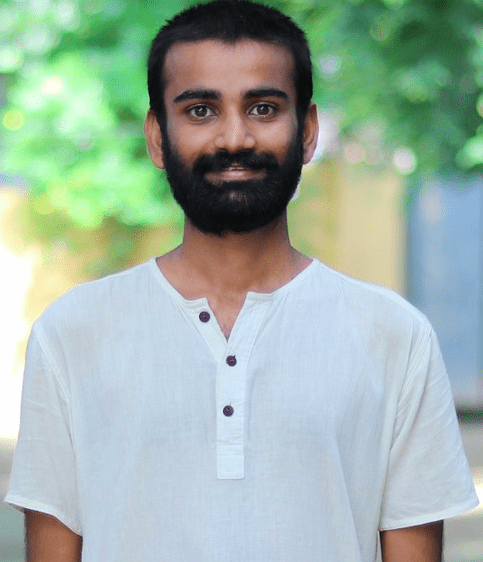 “I realized the futility of an ambitious career soon after I graduated and started devoting my energy and time to work for a sustainable planet and harmonious communities.”

Parth is an engineering dropout who pursued his graduation in music (Bachelor of Arts).  Soon after his graduation he realized that  he was not meant for an ambitious career and started devoting his energy and time for a sustainable planet and harmonious communities.

He volunteered at Sarvodaya Parivar Trust (Dharampur, Valsad, Gujarat) for 6 months where he engaged with children in arts and languages. He also partly helped people’s movement to voice against river-linking project.

“Equality brings symmetry, freedom brings out fluidity within, and justice taps the sense of intuition. I realized this when I was in Kashmir.”

Parthe interned for two months at Directorate of Education (Kashmir) where he did community engagement through arts and cultural programs in few villages of Bandipora district.

“I wanted to know more about the environmental crisis and people, projects and grassroots initiatives working towards addressing the current issues with sustainable eco-conscious alternatives.”

Parth completed his fellowship on ‘Science and Management of Sustainable Living’ from Bhoomi Network in Bangalore in the year 2018.

Since May 2019 he has been travelling without any plans and timelines on his bicycle.

” I feel, in order to bring ourselves close to peace, we need to work towards equality, freedom and justice individually as well as the larger community.”

Parth is deeply concerned about the fact that we as humans have taken over the world and are not progressing wisely. He thinks that we are designing everything to be human-centric while we are ignoring all other species.

“I came across Jai Jagat In March 2019, and  since then I feel that it’s the most meaningful walk that this planet really needs and I must shoulder this campaign in every way possible. I believe that Jai Jagat is the best possible way to unite humans and to appeal to their basic humanness to leave behind inequality that results in conflicts. “