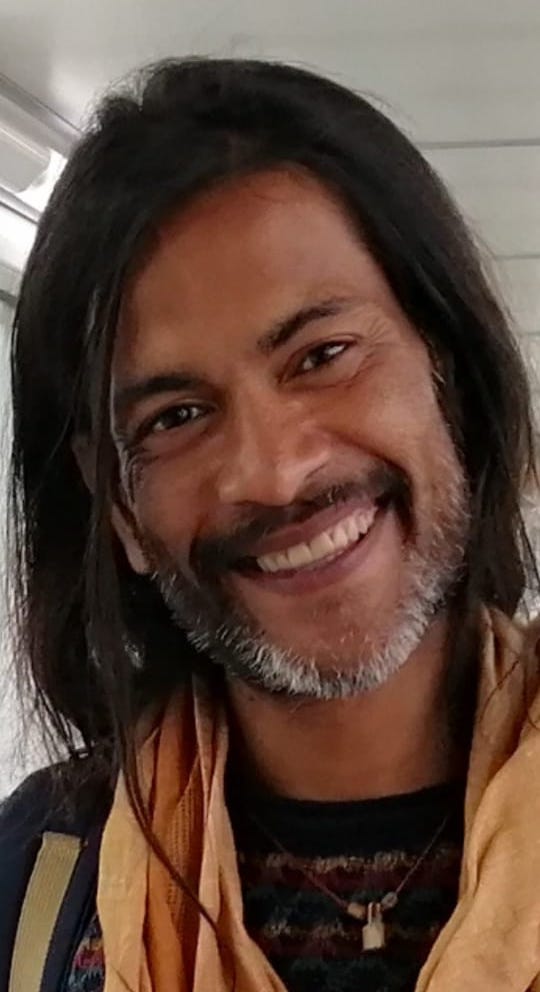 What I truly believe in is the power of love and beauty. I think that man as a species aware of itself must strive to make things more beautiful than how we find it at first. And for that, we need peace. Indeed, it is intrinsic to our nature once we devoid it of the layers of ego with which we drape ourselves, a self that is nothing but a constructed history, an auto bio-fiction if you will, based on differences and divisions and reinforced by perverted ideologies of consumerism that only succeed in furthering the fear and paranoia, and insecurities and vulnerabilities in a self fulfilling mass society.  This is opposite of the true purpose of making the world a little more beautiful for the well-being of all, as the only human footprint, of reaping goodness, of loving and being affectionate to one’s entire biosphere, what we see in the technologically highly advanced age is the product of a corrupt system based on greed and dehumanization as corporations seek to turn humans into commodities, into a set of data. it is what one may call, a system, a structure of insanity.

All this poverty, mad killings, hatred, injustices, discrimination particularly against women, over violence at global and local levels, the rise of the right and current  xenophobic and genicdal practices reflects the dominance of the ugly side of our nature where greed and hunger for power is recognised as the only legitimate goals of life. Beauty would require solidarity, selflessness, sacrifices, compassion and above all constructive action. This is what inspires him to follow Gandhian principles and is the reason why he is with Jai Jagat today which in itself is a story for he had initially come for a documentary as an introduction to Jai Jagat and fell in love with the concept, thinking of it as the purpose he had been looking for.

And he has reasons to join a nonviolent movement to promote nonviolence in all spheres of life. Beginning with the earliest memories of a clash between clans where his family was targeted, he recounts his first memories of hiding under a table in his grandma’s arms as the rioters attempted to break through those old heavy wood doors. In ‘84 he was on his way to Delhi the day Indira Gandhi was assassinated and a 9 year old child saw fellow human beings burnt in the fields while his brother tried to cover his eyes. By then no stranger to mass violence, he was home in Bhagalpur, Bihar for his brother’s wedding when the same day the infamous Bhagalpur riots of 1989, the worst since partition, broke out. It is not the dead or maimed bodies but the noise, the religious slogans and the ferocity that is more scary and the worst is to see that naked lust to kill which as if gives the attacking crowd a solidarity, a oneness to kill the ‘other’ with a brutality that in that mass frenzy I’m sure, they are not aware of it themselves,

Always an ambitious child, somewhere along the way he lost it and slowly began to occupy himself to acquire knowledge and became an avid reader though not the kind to gain first position in his colleges. He says that when feeling spiritually impoverished, he loves to read Gibran and when feeling really blue, he opts for Catch-22 for no other book depicts the irony of violence in such an ironically insane humorous manner. He says that he stopped reading fiction after ‘Hundred years of Solitude’ for there couldn’t be a story told better. But he continues with lectures and books on social sciences. He is, it’d seem, still trying to understand the world that he has seen is cruel but in his heart refuses to believe in its cruelty and at the same time maybe looking for a lost childhood in the debris of those books and theories.

“When we are young we slowly realise that we are all different but accepting this uniqueness of each individual takes a lot of meditation and experience to develop compassion for all”.

Mohsin is also a passout from IIMC, Delhi, a premier journalism institute and once wrote an article for a magazine after the 1998 Pokhran explosion where he posed the question ‘“why is it that a society condemns individuals for self- destructive patterns and celebrates weapons of  mass destruction?”

“I wanted to do something to make this world a little bit more beautiful, because I’ve seen how ugly the  world can be”..

That child’s desire to build a beautiful world has brought him eventually to the walk. As one develops one realises that you cannot change the world, but one can change one self, so as to make things more peaceful and beautiful. Jai Jagat with its call for one world, one people and a borderless world was just the platform he had been looking for to give voice to his ideas.

To work for peace. To tell people about peace, t.o the communities. “I don’t want to be anything great now but live a simple life working in peace, and always  keep learning. The essence of Jai Jagat is love and that is what I am here for, we need love and compassion in this world, that is what we lack. Ahimsa for me is looking inside, because the values that connect one human to another are within.