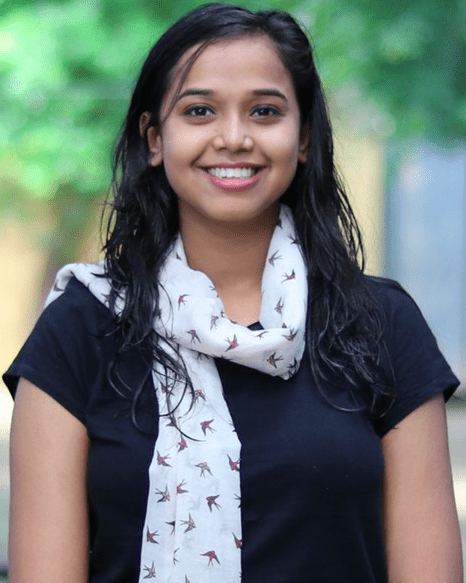 From the district capital of Sehore, to the state capital of Madhya Pradesh, and to the national capital of India; just as Khushbhu Chourasiya prepares herself to reach the capital of world governance.

“In 2016, I went to an international women’s conference in Jal Gaon, where I saw the strength of women as international grassroots activists from across the world.” Says Khushbu Chourasiya who is one of the youngest woman to be walking the 11,500 kilometers march to Geneva. At the age of 25, she has already been a teacher, a human rights preacher, a youth facilitator and an activist.  “There were major communication challenges as women from the grassroots in different countries and even within countries spoke so many different languages and about 5-6 translaters were required for each group attempting conversation.  I realized that when people are truly motivated to communicate with each other to change the world they live in, nothing is a barrier.”

Khushbu Chaurasia is the first child in her family to pursue  education outside the Sehore district, her home in Madhya Pradesh.  She completed her masers in Social Work from ‘Institute of Excellence college’, Bhopal, and also got qualified to be a lecturer. She taught human rights and the constitution to film-making students as a guest faculty in Jagran Lakecity University, Bhopal.

During this time she also interned with ANSH Happiness Society which helped her realize her passion for the development sector and freed her as a person – making her realize and negotiate her gendered identity as she transitioned between cultures. Consequently, she took up a research project with AIIMS, Delhi, where she spent four months in remote villages in Madhya Pradesh collecting data on nutrition. “Despite the fact that the people had already gotten used to multiple researchers visiting them without anything really changing, it touched me to see how they still welcomed us with warmth in their hearts and an urgent hope in their eyes”

Khushbu went on to Delhi to do a PG diploma from the Indian Institute of Human Rights and prepare for the Union Public Services Exam. While in Delhi, she realized that the cream of India’s youth spends much of its time in preparing for competitive exams when they can really be doing creative and innovative things for themselves, or coming together to solve the various social, development and environmental challenges that surround us today. She also realized her own calling as a youth mobilizer. Having been associated with Ansh and Ekta Parishad for the last four years,

Khushbu has since worked and interacted with various changemakers at the grassroots – as a coordinator at a Go RURBAN camp focused on nomadic pastoralists, through intensive training in non-violence and Gandhian thought at Gujarat Vidyapeeth, and understanding the nexus of the forest department, police and villages in areas of Balaghat inhabited by indigenous populations.