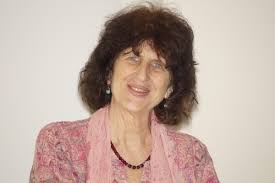 Growing up in Canadian schools in the 1960s and 1970s taught Jill to love peace. It was not surprising then, when Jill had an opportunity to visit India as part of her UN NGLS work in 1985, that she jumped at the opportunity. She had already been introduced to Mahatma Gandhi as a beacon of nonviolence, and she had followed the unique role that India was playing within the UN General Assembly in balancing North-South relations. Her work in the UN and later in an NGO that she founded in India, brought her to all the contemporary development issues of the 1980s and 1990s, such as environment, health, women’s equality and people-based development. It was her work between Philippines, Bangladesh and India at the turn of the millennium when she began to understand the importance of land, forest and water in the lives of marginalized communities, especially women. So for the first decade of 2000 she committed herself to women and land issues as a volunteer through a people’s organization known as Ekta Parishad. She had married the Founder of that organization, Rajagopal in 2000, and as an independently-minded woman, she struggled with being an Indian bahu (wife), a mother, while at the same time a role model for women and men in Indian society.

After 2010 Jill began to rediscover Gandhi and ahimsa (nonviolence) as a way to negotiate social change for poor communities. She completed a Master’s degree on ‘learning in nonviolent (Gandhian) social movements’ so she could articulate her long experience inside a people’s organization in India to western academics on Gandhi and social movements. She also continued her work as a peace educator and nonviolent trainer in both India and other countries. Then she took up a doctoral degree on nonviolent (Gandhian based) education, which yielded an understanding about how peace education could be enriched by Gandhi’s ideas of nonviolence especially in advancing people’s lives at the grassroots and in diverse communities.

It was out of this combination of theory and practice that Jill and Rajagopal began to work on the Jai Jagat 2020. After the large-scale walk of 50,000 people, the Jan Satyagraha in 2012, it was evident that the global economy was hampering grassroots development and pro-poor policies making it difficult to create a societal change. One of the ways to alter this was to take up action at the global level, by linking the local situations with international policies. The idea was that by walking to Geneva, people would rediscover what Gandhi meant by linking local communities to larger structures of society that were nonviolent, sustainable and equitable. Only if, people were engaged in their own development would peace become a reality. With the onset of the climate crisis, people taking greater responsibility for their local environment and economy seemed like an imperative, and at the same time getting along at the global level was also necessary. This, it was believed, could be reinforced in a year long walk, the Jai Jagat 2020 Global Peace March from New Delhi to Geneva.

As a Canadian, Jill has sought to bring these experiences back to Canada in the form of lectures, writings and more recently teaching and academic research. She taught a semester at George Brown College in the field of community development while completing a distant learning Master’s Degree with St.Francis Xavier in adult education and community. Subsequently, she has been working on a doctoral program at the University of Toronto’s Ontario Institute of Studies in Education on social movements, feminism, and learning.

She has also had the experience of creating solidarity networks through the UN, South-­‐South Solidarity and International Initiatives. She has a deep understanding of the issue of food security in the global south.

She is trained in teaching peace education and Gandhian nonviolence, holding her doctoral candidacy from the University of Toronto in Canada. At present she coordinates a small training and research program in South India on Gandhian Nonviolence and Peace and, she travels throughout the country doing education and action programs. Jill takes a special interest in women and development and looks at women’s empowerment process through the frame of nonviolence.

Currently, Jill is coordinating a global peace campaign known as the Jai Jagat 2020, and this involves a large public engagement in India and in numerous other countries. The Jai Jagat consists of a march from Delhi to Geneva and this will be followed by eight days of action in Geneva in 2020. The objective is to press various UN Agencies to offer greater space for marginalized groups to carry out the Sustainable Development Goals (SDGs) not simply leaving it to National Governments or corporations so that solutions will be drawn from the grassroots.