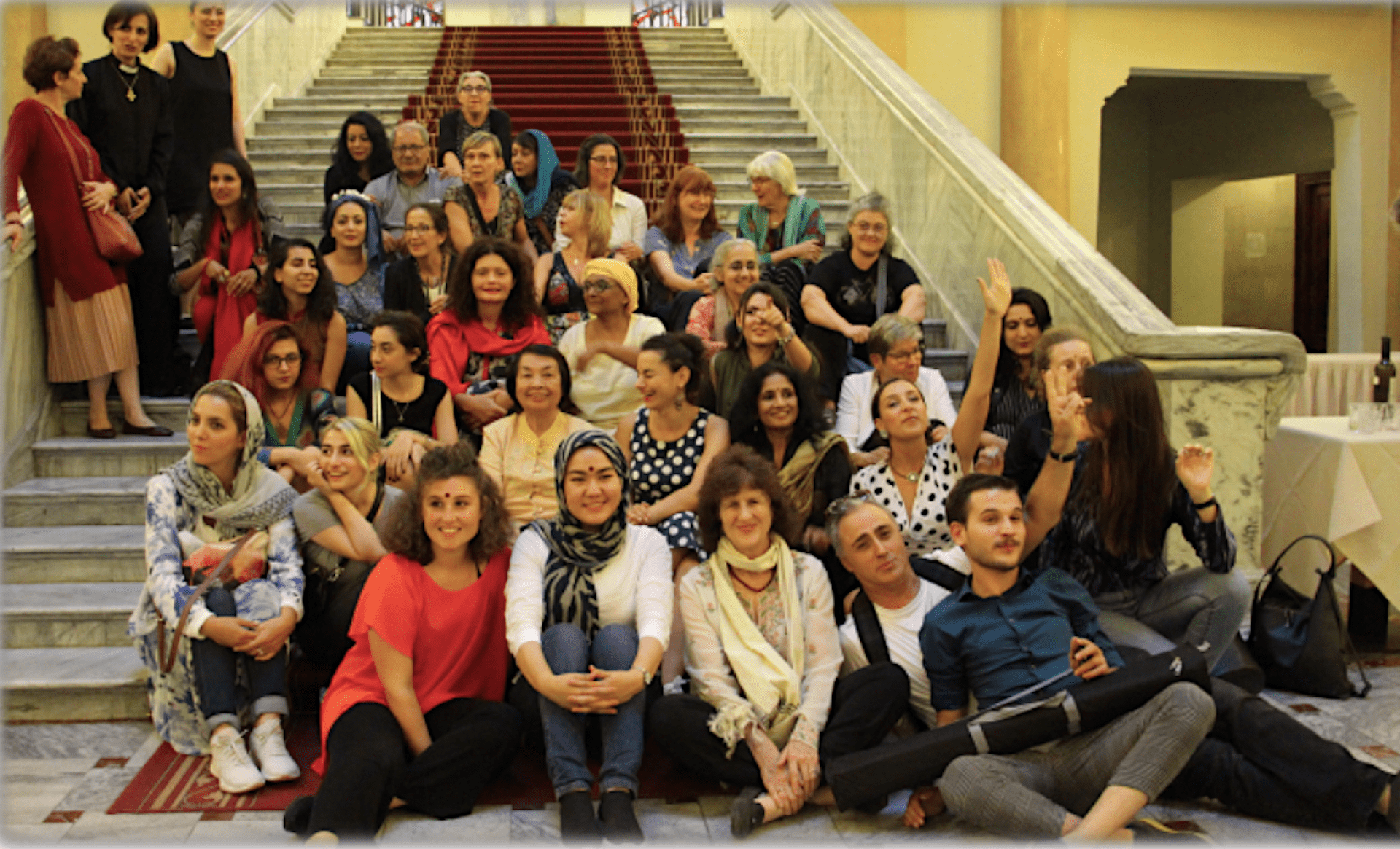 The International Conference on Women and Peace: Using the Arts to Communicate Across Cultures held in Kobuleti Georgia was historic. It assembled women artists and peace activists from 15 countries in Adjara Autonomous Republic situated on the Black Sea. The focus of the conference was on peace building to highlight women`s contributions in the field of art such as theater, music, dance and visual arts.

“I was born to paint. I am using bright colours so people feel good. My role in peace building is still so small. I am teaching poor children to paint because I think that if children grow up with art they will be kind persons and will have a healthy society where people will live in peace.” — Salome Batlidze, Georgia

“Cutting is destroying, and stitching is healing. This is the work with the textiles. “Living Fabrics” brings all these threads together to unite people, cultures, social groups, religions and nations.” — Nesa Gschwend, Switzerland

“As a women’s museum we are weaving and stitching together, the powerful testimonies of resistance, dialogue and struggle of women for peace and justice” — Gaby Franger, Museum of Women’s Cultures Regional- International, Germany

“I use my dance based on inspiring stories like Gandhi, Buddha, and use the body movements to make women stand erect with open chest, which gives them joy and confidence.” — Gauri Kulkani, EKTA KALA MANCH, India

“I formed Theatre of Transformation Academy with grassroots woman leaders from diverse continents with whom I had worked as a peace builder. We spread their courageous testimonies through art, as a political and educational methodology to ignite personal and political transformation.” —Rama Mani, India and France

“My theatre performance gave voices to the women from my region Serbia, Croatia, Bosnia and Herzegovina, Montenegro, Macedonia, and Kosovo, who lived through wars, rapes, losing their dearest ones. We performed in theatres, at city squares, in the buses, on the streets.” — Dijana MIlosèvic, Serbia

“I am a filmmaker from Iran and I address the existing political and social issues in my works. It’s my way of expressing resistance and moving towards peace building.” — Mahshad Afshar, Iran/UK

Georgia was chosen as a location for this event because of its complex history where women artists and activists have creatively opened the space to peace building and conflict resolution for more than 20 years. It was unique that women from Armenia, Azerbaijan, Georgia (including Abkhazia) interacted and gave their voice to regional peace.In a world wracked by the rising tide of gender biased exclusion, racism, human trafficking, displacement, violence, border conflicts, war, impoverishment, ecological disasters and other forms of human made destruction, women have shown the power of art and creativity to transform our communities.

Over the seven days of this conference women built on existing grassroots women’s nonviolent actions for social change, adding to and enhancing existing movements in South Caucasus countries and internationally. Also it draws attention to earlier women’s meetings — India October 2016, Philippines March 2017 and the building towards an international nonviolent campaign for justice and peace, Jai Jagat 2020.

Jai Jagat (wellbeing for all) is a major step to strengthen collaboration among women in enhancing their leadership role. The women considered the importance of eliminating poverty, promoting social inclusion, fostering environmental protection and regeneration, and resolving conflict. With this in view the participants of this conference saw the significance in networking with women’s organizations around the world. Women Seriously plans to join this campaign to form Women’s Peace Tables as a means to broaden women’s support worldwide.

We participants of this International Conference stand for: